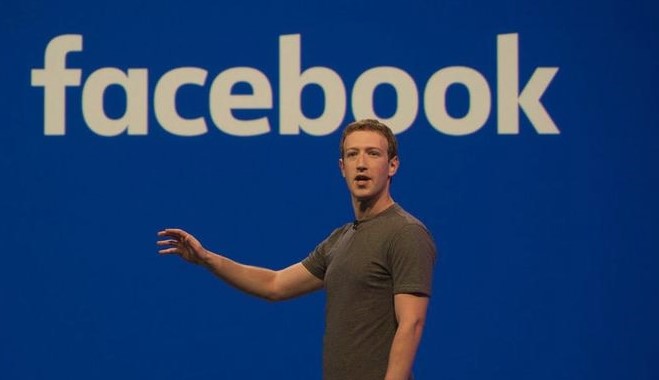 Facebook case versus Bangladeshi businessman. A Bangladeshi dish trader named SK Shamsul Islam has demanded a price of 6 million USD or Tk 51 crore for a Facebook domain. Mark Zuckerberg’s Facebook is not willing to give that. Later, Facebook was forced to file a case.

Mark Zuckerberg, the founder of Facebook, has started a legal battle with the company of a DIS trader on Green Road in the capital of Bangladesh.
Facebook has filed a case against a Bangladeshi company A-One Software Limited and a man named SK Shamsul Islam on November 22 in the Dhaka District Judge’s Court for registering a domain name as Facebook.com.bd. The lawsuit seeks 50,000 USD in damages. At the same time, it has been demanded to cancel the registration of Facebook.com.bd in the name of A-One Software Limited and to register in the name of Facebook. Facebook has also demanded a permanent ban on the domain name Facebook.bd so that defendants cannot transfer it.

The court has fixed December 14 for the hearing of the case but postponed it to December 14. Facebook lawyer Barrister Mokshedul Islam said these things. Mokshedul Islam said he had filed the case as a representative appointed by Facebook founder Mark Zuckerberg and was handling it.
It can be seen on the spot that A-One Software Limited is running a Dish business and internet connection business by renting a small room on the fourth floor of house No. 65 on Green Road in the capital. The office room has nothing but a few old computers and Dish and internet wires.

According to the employees of the company, the company works in the Green Road area as well as as a local internet distributor. They have a dish connection in about 250 houses in this area and an internet connection in hundred of houses. Imran Hossain, a local grocer, told that such a local dish business company had clashed with Facebook, and people in the area were shocked to hear about it.

The largest social media in the world is Facebook.com. Their annual income is about 21 billion dollars. The company wants to do business in Bangladesh. A special officer has also been appointed for this purpose. Business needs a website called Facebook.com.bd.
The lawyer said that the influential social media Facebook authority registered the name Facebook.com in Bangladesh on January 14, 2010, from the Department of Patents, Designs, and Trademarks of Bangladesh. He also applied to BTRC in 2016 for the next Facebook.com.bd domain.

However, in 2010, SK Shamsul Islam took over a domain called Facebook.com.bd from Bangladesh Telecommunication Company Limited ( BTCL ). At the same time, online advertisements were also given to sell the domain named Facebook.com.bd. Where the price has been hit 6 million US dollars. At the end of 2016, the matter came to the notice of the Facebook authorities. Facebook authorities then sent a legal notice to close the domain. However, it was not stopped. SK Shamsul Islam wants the price of the domain to be 6 million dollars or 51 crore rupees. Mark Zuckerberg’s Facebook is not willing to give that. Later, Facebook was forced to file a case.

Barrister Tanjib-ul Alam, a legal expert, told that according to international and domestic copyright law, A-One Software Limited has no chance of operating a site called Facebook.com.bd using Facebook’s name in any way. Both the United States and Bangladesh are signatories to the Paris Convention on Copyright. He said that under the Paris Convention, the signatory countries would cooperate with each other in protecting the copyright of such international standard sites. There is no legal basis for what A-One Software Limited is doing. And the approval given by BTRC is also not logical.

However, Mirza Bayezid Hossain, manager of A-One Software Limited, told that the approval of Facebook.com.bd was obtained from BTRC in 2010 in compliance with all laws. He said, ‘Since Facebook has filed a lawsuit, we will deal with the case run. I hope the court verdict will come in our favor.
BTRC lawyer Barrister Rez-e Khandaker told that since Facebook has filed a case in the court, the verdict will come there.