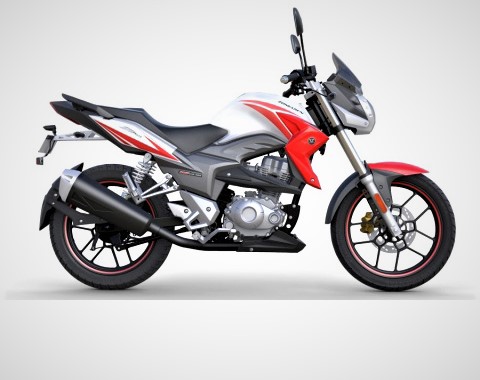 Low Price Bike in Bangladesh 2021. Atlas is marketing and selling seven different models of sustainable and affordable motorcycles in the country. The motorcycles are ZS 125cc, ZS 150cc, Z1 150cc, Z1T 150cc, ZS 80cc, ZS Vita 110cc, ZS 100cc. Initially, Atlas Bangladesh imported and marketed its motorbikes at the Chinese company Zongshen, but this time the local company started marketing motorcycles manufactured at its own factory in Tongi, not far from Dhaka.

1. ZS 80:
The price of the 80 cc bike is 49 thousand Tk. It weighs 85 kg. The bike is equipped with a single-cylinder air-cooled engine and has a kick and self-starter.

2. ZS Vita 110:
This bike has a 110cc air-cooled engine with four strokes. The bike, combined with a kick and electric starter, holds four liters of fuel. Price 99 thousand Tk.

3. ZS 100:
The bike has a four-stroke air-cooled engine. Engine displacement 99.77cc. The bike can be started in two ways, kick, and electric. Its fuel tank holds 12 liters of fuel. The price is one lakh 20 thousand Tk.

4. ZS 125:
The engine of this bike is 125 cc. It has a kick and an electric starter. The bike has a 17-liter capacity fuel tank for long distances. Its high speed is 95 kilometers. The price of the bike is one lakh 40 thousand Tk.

5. ZS 150:
This model bike has a four-stroke single-cylinder air-cooled 150cc engine. Rich with a kick and electric starters, the bike has a capacity of 13 liters of fuel. The price of the 135 kg bike is one lakh 49 thousand.

6. Z-One 150:
This bike with a four-stroke air-cooled engine is 150 cc. It has disc brakes on the front. Rear drum brakes. The price of this bike with a capacity of 18 liters of fuel is one lakh 49 thousand.

This 150cc bike uses a four-stroke single-cylinder air-cooled engine. The price of this bike with a capacity of 18 liters of fuel is one lakh 59 thousand Tk.

Atlas is a subsidiary of Bangladesh Engineering and Shipbuilding Corporation and Bangladesh Steel Mills Corporation. The only company in Bangladesh that officially manufactures motorcycles. These are being sold by two Atlas outlets in Dhaka. The outlets are located at Karwan Bazar and Tejgaon. Atlas also has its own service center in Tejgaon. Buyers are offered after-sales service.