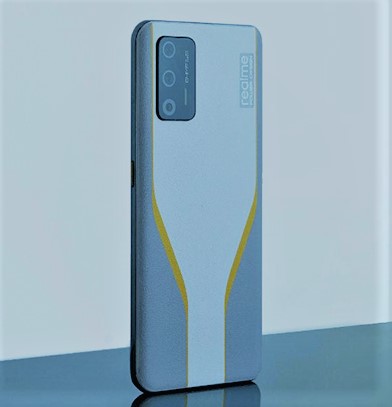 Realme Race Upcoming Flagship Phone. Realme’s upcoming smartphone ‘Race’ model is under discussion before it hits the market. The phone recently appeared on the Chinese certification website TENAA. And from there, more information has been known about the look and design of the phone.

According to TENAA’s listing, the Realme race model number is RXM2202. The only color of the phone seen in the listing is light blue. The back of the phone is given a gradient finish. Also, since the phone will launch as a new flagship device, glass back is also being offered in this phone.

Before that, most phones came with Realme with a notch or in-display selfie camera. However, according to the pictures of this new model in the TENAA listing, the phone is being given a punch-hole camera in the Realme Race model phone. Although no information was known from the camera setup of the phone.

Earlier, several tipsters said that the Realm Race will have a triple camera setup with a 64-megapixel primary sensor.