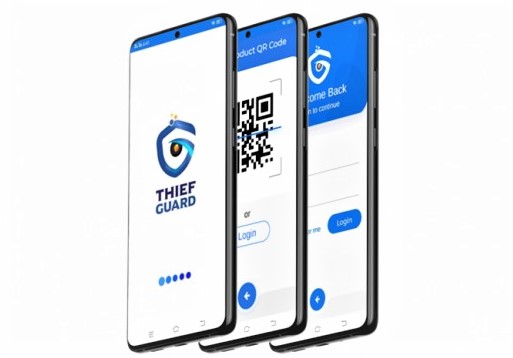 Thief Guard App How To Work. The ‘Thief guard‘ app will locate the stolen smartphones. Thieves will not be able to snitch smartphones. The location of the stolen mobile phone can be identified instantly anywhere in the country. And this impossible has been made possible by a technology entrepreneur named Saidur Rahman. He has made the mobile app ‘Thief Guard’ out of remorse for stealing his mobile. To use the app, the customer has to pay 350 rupees a year. Technology experts also say that the features of the app are of international standard.

Your Android mobile phone was stolen while walking on the street. All the personal information of Nityasangi Mobile was lost along with it. What would you think in such a situation? He may have given up hope of getting his mobile phone back at some point after searching for legal action.

But in order to learn a solution from such incidents in his life, an entrepreneur named Saidur Rahman along with a few others created a mobile app called Thief Guard.

Softology’s managing director. Saidur Rahman said we had a lot of important issues on that phone. That hurt me much.

IT company Softology is bringing this app with 13 features to the market. After downloading from ThiefGuardbd.com, you need to start the app with a username, mobile number, email, password. An alarm will sound if anyone wants to enter the wrong password on your mobile. No one can open the SIM or turn off the mobile if they want. The reverse mobile phone will automatically send pictures and locations to your email.

Zakir Hossain, director of Softology, said it is now in the experimental stage. Hopefully, we can move forward by overcoming all kinds of problems

Initially, the app will work in 7 to 12 versions of Android. Entrepreneurs want to gradually make use of the iPhone users. A team is working on this. There is a call center to solve the problems of the users.

Technology experts say the app is world-class. However, they are advised to be more customer-friendly.
IT expert Salauddin Selim said the app is of international standard. It can play a special role at the international level.