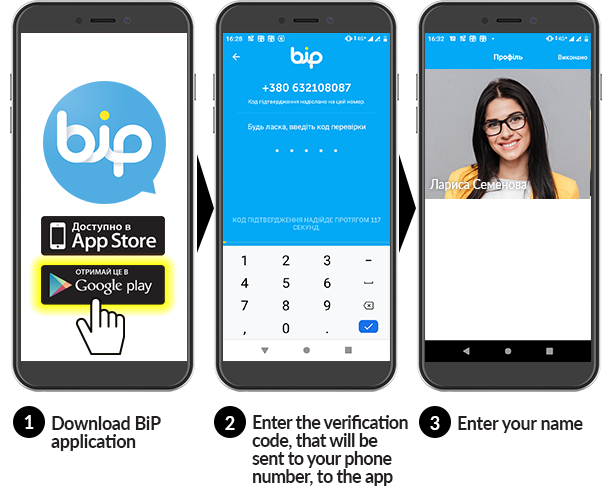 What Is BIP App? Turkey’s new discovery in the world of information and communication technology BiP App. At present most of the means of communication technology have nothing to do with privacy. Besides, WhatsApp and Imo app are full of obscenities that many people do not like. At the same time, Turkish technologists have created the BIP App as an alternative to WhatsApp and Imo, which are free of pornography. There are many more benefits including audio, video calls, messaging. Already more than 64 million people around the world have started using this app!

Why BIP app? Whether or not the BiP App is better than WhatsApp in terms of security, or whether WhatsApp will back down from their security announcement, is secondary. That is why you will use BiP.

Its features, functions, and quality of service are at the level of any international app, including WhatsApp. An awkward app like Emo is not comparable to this.

1. HD quality audio and video calls
2. File transfer
3. Ad free
4. Translation facility in 108 languages ​​when exchanging messages.
5. The new Turkish app emphasizes users’ privacy. Under which the viewer of the message can also determine the time period of his message. Under which the message is deleted after a certain time of viewing by the recipient. This optional aspect of the app is becoming increasingly popular among users.

Another notable feature of the Turkish app is its emergency options. Which is able to give the user instant access to police, ambulance, and ten more services.

Turkish Prime Minister Recep Tayyip Erdogan has called on everyone to use the app.

The Turkish-made BIP app is currently available in the Play Store and App Store.